In Memory of Blue

Dear friend of mine, Blue

A man may smile and bid you hail Yet wish you to the devil;
But when a good dog wags his tail, You know he's on the level.

"Some roads aren't meant to be travelled alone" 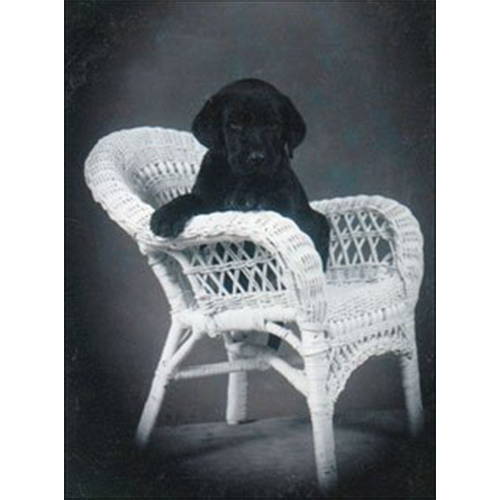 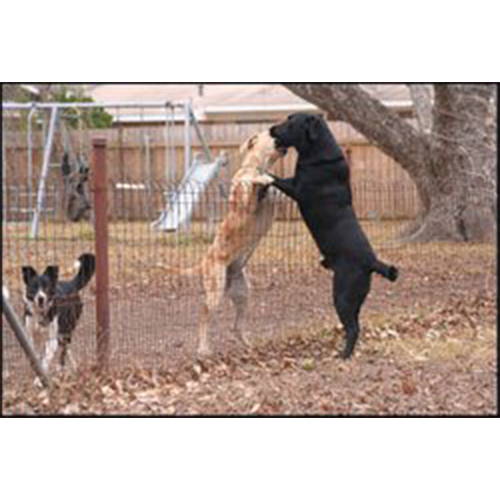 I walked in with my guitar, lined up the three little black lab puppies and then strummed a few chords to see if that would somehow help me decide. One just laid there, one scurried off under a chair and one started wagging his tail. When I did it again and got the same result, I reached down and picked up my dog.

From that day on, Blue was my constant and faithful companion wagging his tail millions of times over again.

He brought so much joy into my life that I can hardly start to tell you. He kept me company all day long for years and years. He was a great listener, never complained and protected me like no other. In return, I gave him a cool life.

His life was far from dull. He was killed in a car wreck in an ice storm and revived, run over by a car (by me), knew more Spanish than most of my friends, was stolen once (I got him back), had an active romantic life (60+ puppies in Acapulco, Puerto Vallarta, Mexico City, Oregon, Texas, New Mexico, Cd. Juarez and probably a few places I don't know about), swam in 23 states, ate lots and lots of people food, and slept out with me under the stars hundreds of times. I suppose one could say that he lived a Dog's Life. 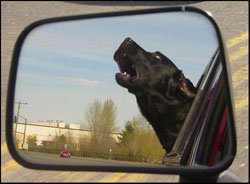 Blue rode with me I don't know how many hundreds of thousands of miles all over the North American continent, sitting behind me with his chin on my shoulder. He slept by my side every night; even when I slept on top of the Land Cruiser. He would run and jump onto the hood, over the windshield and onto the rack.

Of all my time sleeping in the mountains, deserts and behind gas stations when I couldn't drive anymore, Blue kept me safe. Once, we were camping along the Rio Grande in New Mexico and Blue just kept staring down the river, growling. We left.

We've had some good times, me and Blue. Every small town we lived in, everyone knew Blue. Driving through town, he would stick his head out and bark and from both sides of the street, people would wave and holler "Hola Blue! Hola Blue!" They all loved Blue, but not as much I did. Heck, who else would put a page in honor of their dog on their professional website? Did I mention that he once cost me $9000? But that's another story.

Blue announcing our arrival He certainly wasn't a backyard dog that I threw a bone to now and then. We were usually together 24 hours a day. He always had to be leaning against me at night and during the day always had to at least have his paw or chin resting on me in the truck. When I was sad, he was quiet. When I was happy, he was too. He knew me almost better than a human could have and I knew him almost better than I know myself. 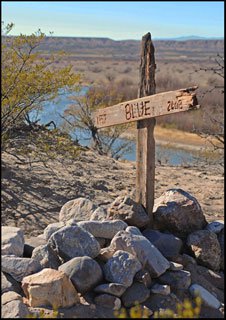 Well, I knew that our friendship couldn't last forever and I dreaded the day that I would have to give him back to the earth. I hated the thought of it and hate it even more now. Blue passed away January 7th, 2008. That day was rough to say the least.

God knew it would be hard for me if I had been left alone in this world, so He blessed me with the warm comfort of my beautiful wife and 6 month old baby girl. They didn't make it any easier, but they sure were a blessed comfort. He didn't suffer and he ate well until the end, but he had cancer in his lungs and so just coughed continuously. On the last day, he couldn't lay down so I took him in. The drive to the vet was the toughest one hour drive of my life. I don't even know how I drove it, but he sat next to me silently staring at the highway ahead, just like always. My heart ached then and it still does.

Blue got his start in New Mexico and so I knew that that was where he needed to rest. I wanted him to be near the river that he had played in for so many hours and out in the desert where we had squandered days and days away together.

So, I took him way way out into the desert across the Rio Grande and buried him atop a tall bluff overlooking the the river. It was a solid place where he would have a good view and no one would bother him. A very fitting and honoring place to say goodbye to that dear friend of mine. 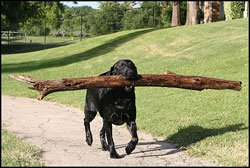 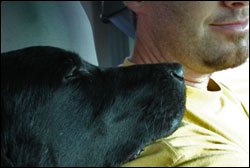 My dad tells the story of a teary eyed little girl who showed up to church just after her beloved dog had died. The pastor heard about it and so went to talk with her. The little girl told him what had happened and then asked, "Will my dog be in Heaven"? The pastor said, "Sweetheart, if it takes your dog being in Heaven for you to be happy, then he'll be there." I believe there is some truth in that. King Solomon, the wisest man to ever live, wrote about animals having a spirit and that that spirit goes somewhere.

In the last book of the Bible, Revelation, God teaches us that the present universe in which we live will go away and will be replaced with a new heaven and a new earth. God also says that He will make all things new. For these reasons, I believe it to be a definite possibility that our pets will be made new and that those who are children of God will be reunited with them. 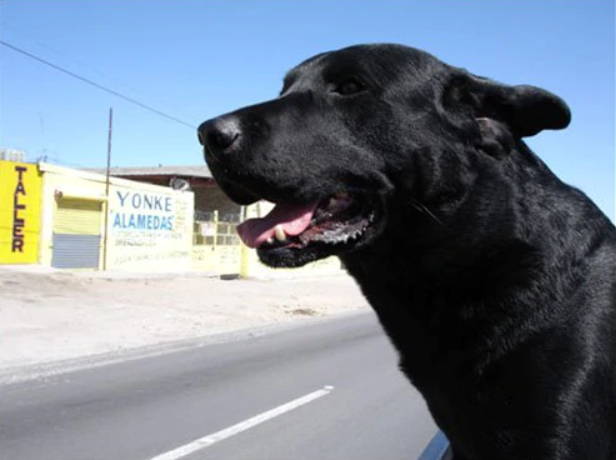 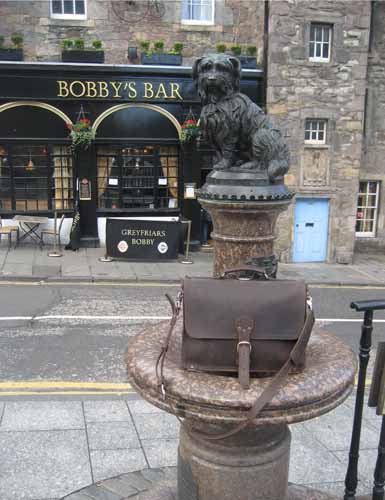 In Edinburgh, Scotland 1856, wherever Auld Jock (John Gray) went, his best friend, Bobby, followed close behind. In just a few short years, the two developed quite a friendship as constant companions. In 1858 Auld Jock fell ill with tuberculosis and died, leaving Bobby all alone in the world.

He was buried at Greyfriar's Kirkyard cemetery with nobody but the gravedigger and his faithful furry companion, Bobby, attending the funeral. There was a ban on dogs entering the cemetery and despite efforts to prevent him, Bobby would find a way to sit next to Auld Jock every day.

During 1867, it looked like for a while that Bobby, without an owner, would be taken off the streets and be put to sleep. Thankfully, Edinburgh's Lord Provost, Sir William Chambers stepped in and paid for Bobby's dog license renewal, to which he became a ward of the city's council.

For 14 years, Bobby could be found at his best friend's gravesite. To sustain him during his long vigils at the cemetery, he would receive a meal daily at 1 p.m. at the Greyfriar's Dining Room. In 1872, when Bobby died, he was buried beside the grave of his adored Auld Jock, having been awarded ‘Freeman of the City' status. Having touched the hearts of all who knew him and his plight to watch over Auld Jock, Greyfriars Bobby was the only dog ever to have been awarded this.

The Scotsman newspaper archives reveal the obituary of a Skye Terrier on January 17th, 1872 and a statue was erected in his honor. Upon it reads, "Greyfriars Bobby. Died 14th January 1872 aged 16 years old. Let his loyalty and devotion be a lesson to us all."

What a day it will be when I see Blue again, dear friend of mine.

By the way, if you ever wonder who has the more unconditional love for you, put your spouse and your dog in the trunk of the car for one hour. When you open it, who's still happy to see you?