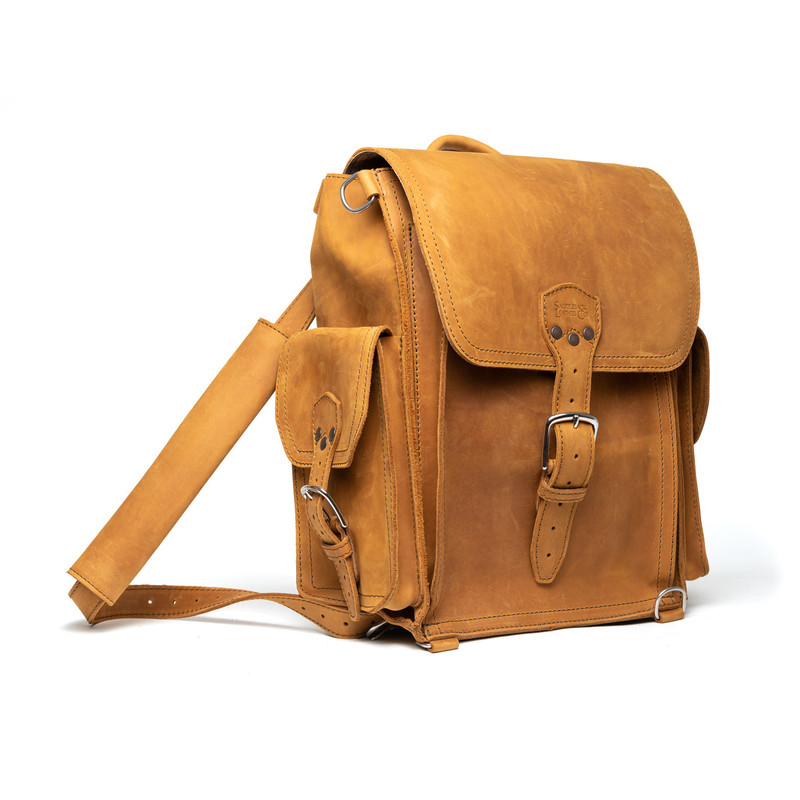 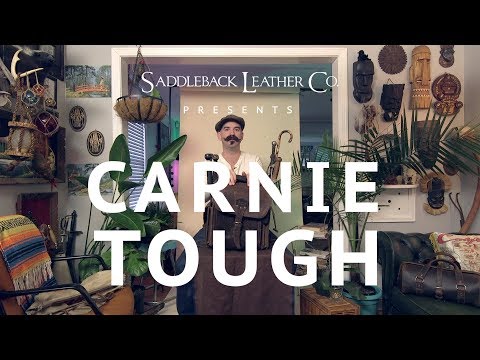 Went on my first weekend trip with my new Square Backpack and I was able to pack everything I needed and then some. Replacing a Jansport bag that has served me for 25 plus years. My Saddleback
Square Backpack is as classy as it is durable and brilliantly engineered. This will be the pack I take touring on my motorcycle as well as 99% of all my travels. I will also be using this backpack for work.

Gifted this bag to myself for Christmas six years ago. The acquisition fortified Saddleback as a pillar of my personal expression. I have never before felt compelled to provide any form of review on any purchase--this company has earned the highest praise. Quality, form, function...whatever the evaluation, this bag exceeds all ratings. As a medical professional, I find myself in an array of environments, and this &quot;accessory&quot; stands out in pharmacy fulfillment operations and board rooms alike. From Custom Shop guitars to vintage Harleys, I seek out craftsmanship above all else; Saddleback once again proves they are in a league of their own. A league they created. Go for it!
Carter
5

I bought my Chestnut backpack on August 29th, 2012. Yes, Two Thousand Twelve, which I suppose makes it a version 1.0? Well, after nine years of daily use, &gt;1,00,000 of air travel and 16,000 on my motorcycle, one of the D Rings gave out after several thousand heaves with a laptop, a power paraphernalia and anything else I can stuff in it. I called Saddleback, they sent me a packing label, and just over a month later it is back with all new strap hardware but all my old scars! I even received a nice note (written on Chestnut leather) from Lindsay, &quot;the repair lady&quot;. I was shocked to realize how much I missed it while it was gone. My coworkers even missed it since they use it as my &quot;presence indicator&quot;. Anyway it is back just in time so it will come with me on my next trip which means it hasn&#039;t missed one in 9 years (+/- a month).
Craig E.
5

Amazing materials! A bit heavy, but I love it.
Ian S.
5

Great bag! It’s my 6th piece and like everything else is awesome. The bag fits well, holds its shape nicely and is comfortable to carry. I took it out snowshoeing with me recently and it did great. The shoulder pads fit comfortably and there are lots of pockets to hold everything. Like all their bags it’s a bit heavier than some wimpy tech bag, but this thing is bomb proof. I get stopped everywhere to be asked about the bag. Definitely a purchase you won’t regret.
Derek C. 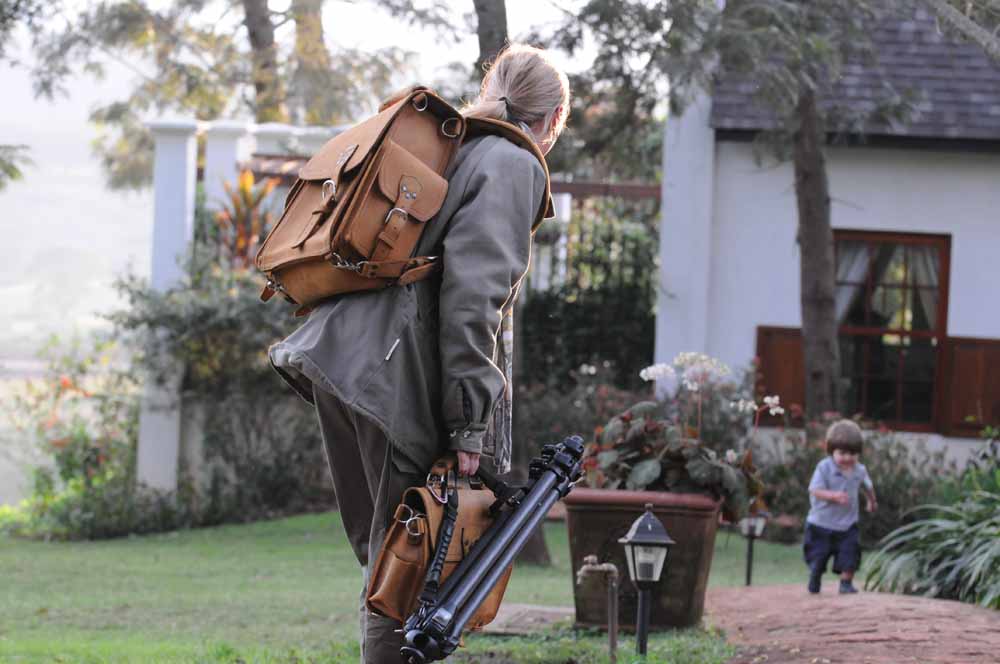 Design
This is the 4th Edition of the Squared Leather Backpack and has been refined over the years to what it is now. You'll see old pictures with a fat flat handle, but the new one is high and thinner. And it's still over-engineered. It has no breakable parts like buttons, magnets or zippers and it's still reinforced with rivets through and hidden polyester strapping at all stress points. This newest edition of this leather backpack is made from only two large solid pieces of leather instead of three, which means that there are fewer seams on this backpack to tear apart. And we only sew 5 stitches per inch so there is more leather between the needle holes. All of this we factor into the quality of the bag. The fewer seam feet (A term we made up to talk about the number of seams a backpack has) the fewer perforations the leather backpack will have to tear. If the body were built with 4 pieces instead of 2, then you would end up with almost double the Seam Feet in your leather backpack and therefore double the perforations. I once found one leather duffle bag made of 85 pieces of leather.

Materials
Full-grain leather is the strongest and most water-resistant leather that you can use for a backpack and we use the thick version of it. Like boot leather, but a tad thicker. And if that isn't enough to make it strong, we lined it with pigskin, which is tougher than cow leather. We sew the leather backpack all together with a very expensive German industrial marine-grade polyester thread that doesn't deteriorate in the sun as nylon thread does. But what's really amazing is our custom 316 Stainless Steel hardware. I believe we are the only company in the world using such strong hardware to make a leather backpack. The buckles can hold up to a 750 lb. bag of cats without breaking. It's kind of like killing a fly with a shotgun, but I tell you this, you'll never have a problem with hardware breaking on your backpack. If it does break, it'll either be a really good story or a really sad one.

Functionality
This leather backpack has a laptop pocket on the front exterior and one in the back that can fit a 17" laptop. Both tall side pockets have a hidden pocket behind them for quick access or for sticking in longer things. The lower and side d-rings on the backpack are great for securing on tripods, blankets and or dirty and wet shoes. The shoulder straps are minimal, but with a comfortable and adjustable shoulder pad to distribute the backpack's weight where you need it. (Backpacks shipped may come with our Tube Pads.) 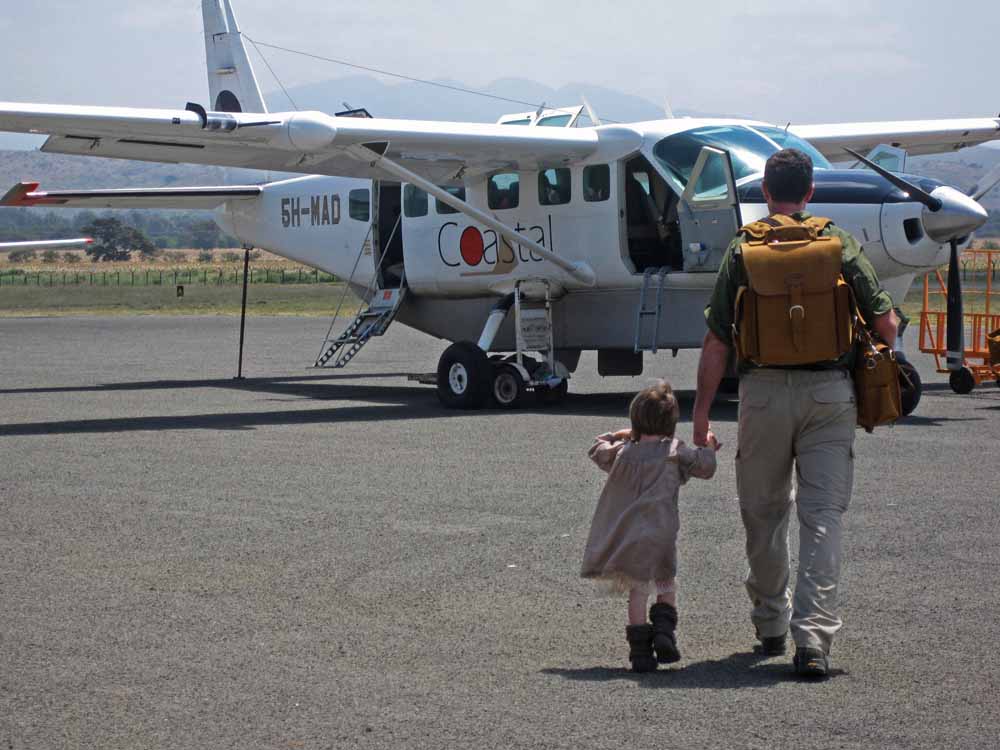 Maasai Spear Throwing Bedtime Story for the Kids
The Maasai tribe is the most renowned tribe in all of Africa, if not the whole world. Ernest Hemingway and even H Rider Haggard wrote about them as a fierce warrior tribe, legendary with the spear. It's not an accident that they've survived for so long.

But as my mom used to tell me, "Talk is cheap son. Put up or shut up". Yeah, you'd think I was pretty tough too if I carried around a big long spear and talked about how I killed a lion with it to become a man. And how even my smell and the sound of the little jingly things on my skirt scares the lions away. Blah Blah Blah. But it's another thing to show it. So I took the family to the middle of nowhere Tanzania and demanded to see some action behind all the legendary schmegendary tough talk. And this is how it went down.

We drove in a cool Toyota Land Cruiser, which is the Saddleback Leather Backpack of the auto world, to this cold high elevation Maasai village near the Ngorongoro Crater. The chief was not there, but one of his eldest sons, Daniel, was and oh how he loved my leather backpack and satchel and insisted on carrying them. He spoke some English and so went on and on about my pig lined leather backpack and leather satchel. He couldn't believe such a thing existed made out of cow and pig.

He went on to explain and show us their daily lives and also how their multiple wife system worked. He only had two wives, but his dad had 10 because he was had so many cows and had proven his ability to protect and provide for them. And I thought just having Suzette as my wife was complicated.

So then I asked Daniel about their spears and how they protected their people and animals with them. He showed me how they hold their spears to most efficiently fight off the lions and leopards and hyenas. I asked him about throwing the spears and he told me that they throw their spears for sure, but only when they're in a group. Because if you're alone and throw your spear and you miss, you'll become fast food for the lions. That's when I announced the backpack spear throwing contest and the winner got my Leatherman Multi Tool. The one who could best run a spear through my leather backpack from distance was the winner.

So I hung my Squared Leather Backpack up on a tree and the men took turns throwing their spears. But what they were competing for was not just the Leatherman. What Daniel told me is that part of what gets a man the most wives is by proving that they are the most capable of protecting and providing for the wife and children. How high they can jump, how far they can run and how many cows they have for milk are all factors. And how well they wield their spear to pin a leather backpack to a tree is another. From what I experienced, all of that talk about some fierce and highly skilled spear wielding African tribe called the Maasai, is all well deserved. And I've got spear holes in my leather backpack to prove it.