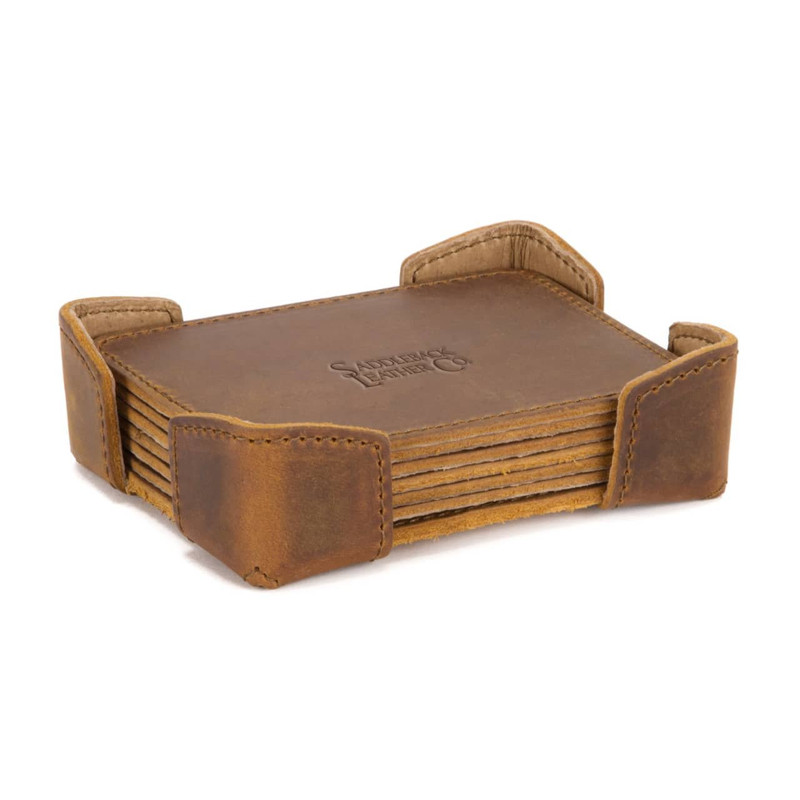 Over-Engineering
This leather product is over-engineered with no breakable parts like zippers, snaps, buttons, etc. and is reinforced at all stress points with rivets and hidden polyester strapping. It's built with the largest pieces of leather possible so there are fewer seams, and we sew at only 5 stitches per inch so there's more leather between the needle holes and fewer holes to start a tear. Both sides of these coasters are chrome leather with pigskin lining.

Materials
Our leather is the strongest we can find (full-grain boot leather, but thicker) and the pigskin lining is stronger than the cow leather. The thread is unbelievably strong industrial marine grade UV resistant polyester thread and our custom hardware is the amazing 316 Stainless Steel (please please google it). It's the metal of choice when your life depends on it.