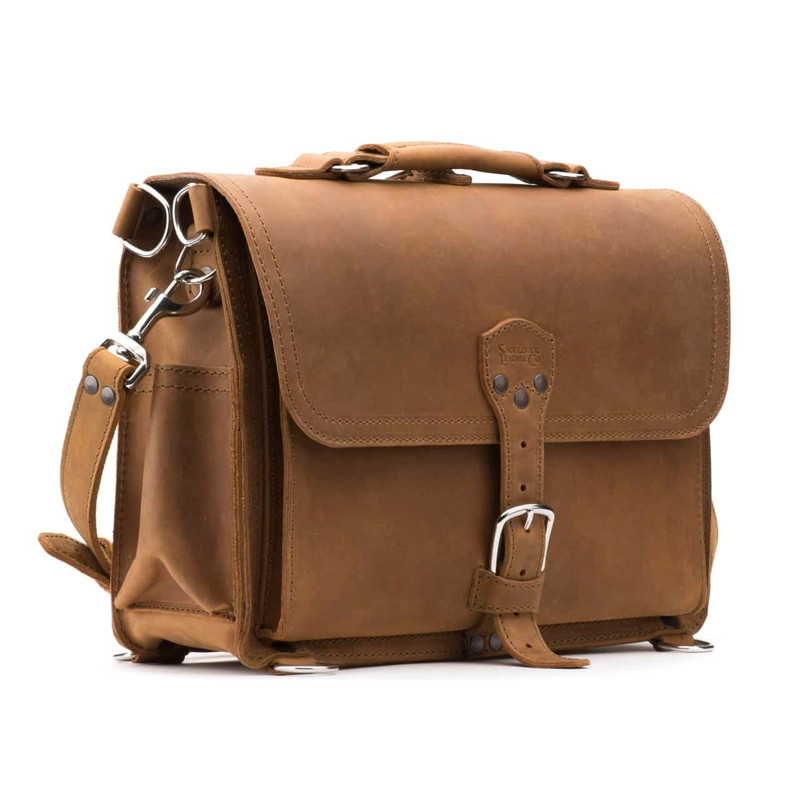 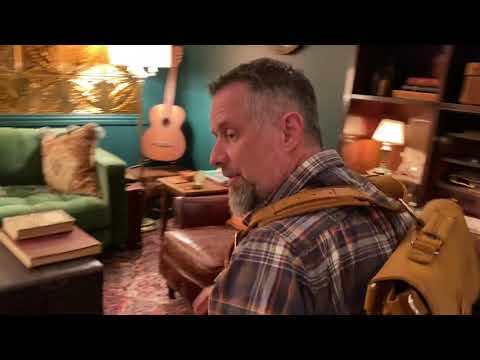 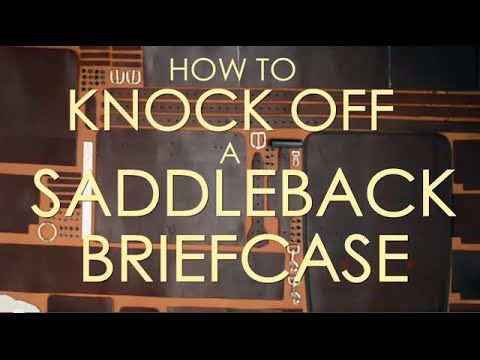 I’ve made a 3 years research to find the right briefcase with the best quality standards. And I,ve found it here, at Saddleback leather. I have placed my order in a tuesday and the next day my briefcase was shipped over the Atlantic, in Europe. The moment when you open the parcell is unique: the smell of the leather, the real quality of the leather, stiches, the amazing feel of touching the leather, IT - IS - REALLY - UNBELIEVABLE! I’ve inspected every inch of the bag: no flaws. Perfect hand made. Now I have a new “wish list” from Saddleback leather. Thanx, Dave!
Valentin Alexandru
5

I’ve been using this bag for over a year. It has been through dozens of countries and airports. It’s versatile; it will carry my 15 inch work laptop and 13.3 inch personal laptop, along with multiple notebooks and paperwork simultaneously, or, it can be my gym bag. Love it! I will never have to buy another bag.
Gary
5

This product is amazing I&#039;m using mine for work and it&#039;s the perfect size to fit my 15inch laptop along with all of the paperwork I need to haul around if you&#039;ve been thinking about getting one of these, do it. I look forward to having this for the rest of my life
Justin F.
5

Love this bag, hopefully it

Love this bag, hopefully it will get more use over the coming months.
Geoff P.
5

It’s awesome! Just the bag I’ve been looking for. Impeccably constructed with a high quality leather. I’ve been back twice since to buy other items. One of my new favorite stores.
Eric Z. 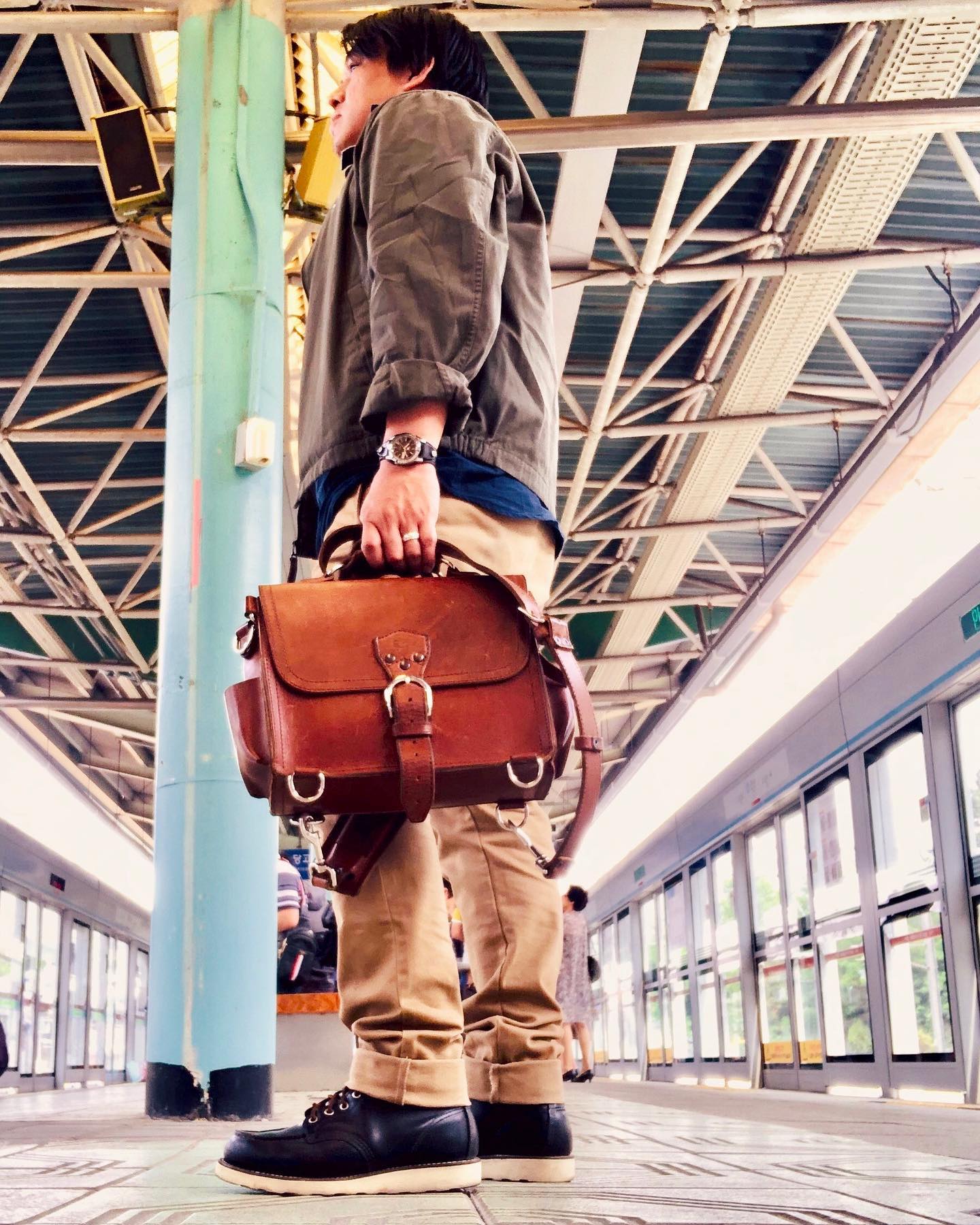 Design
This slim leather laptop bag is over-engineered without a single breakable part like magnets, snaps or zippers. And everywhere there is a stress point, we reinforced it with rivets and hidden polyester strapping. It's built with the largest pieces of leather we could design it with to minimize the number of stitch holes, and we sew at only 5 stitches per inch so there's more leather between the needle holes and fewer holes to start a tear. The leather briefcase's interior is a light tan pigskin leather so light reflects inside and it's easier to find things in low light. Darker colored interiors are just not as easy to own. I know it's a small detail, but if you get enough of those little 1% details in a row, it adds up.

Materials
Our leather is the strongest we can find (full-grain boot leather, but thicker) and the pigskin lining is stronger than the cow leather. If I'm ever president, I'm going to pass legislation that all leather briefcases are made with full grain leather. Our hardware is made of 316 Stainless Steel which is over the top strong. Each clip was tested to hold a 750 lbs. bag of cats over a cliff. It's the metal of choice for if your life depends on it. The thread is strong industrial marine-grade polyester thread that the sun doesn't deteriorate when the sun hits it like nylon does. Honestly, there is no other leather briefcase as strong and durable as this one.

Functionality
Our leather briefcase is actually a laptop backpack for when you're commuting or walking in the airport and need your hands free. It even has a false bottom to hide your passport and spare cash. Hopefully, you don't use it to hide drugs. Drugs are bad and you shouldn't use them. On the exterior, there is a big wide front pocket under the flap that has an almost as big pocket behind it. It fits laptops, notepads and files. On the inside, there is a big back interior laptop sleeve for 13" laptops and iPad Pros. 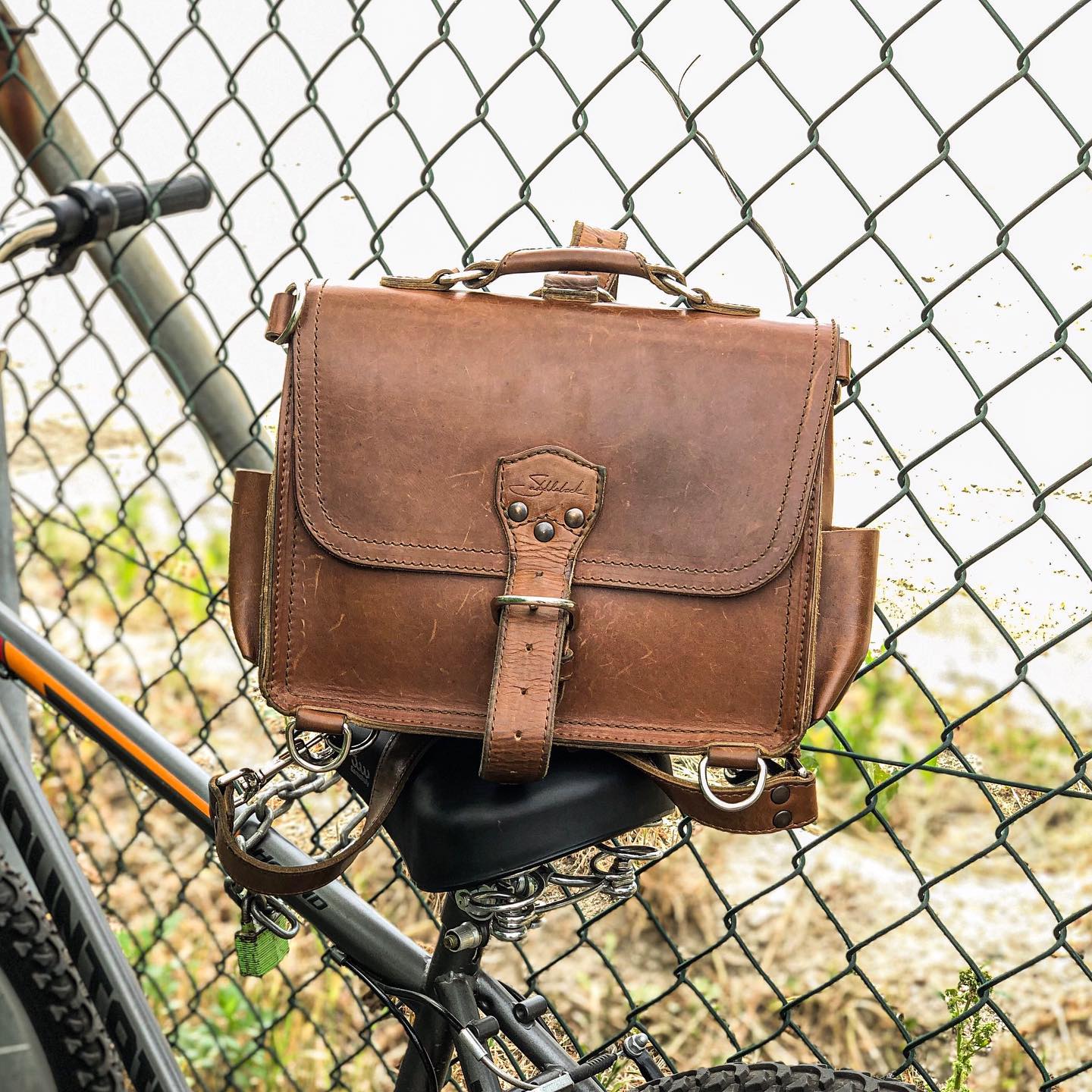 A Bedtime Story Continued from the Flight Bag page
So we're on a family vacation at this place called Mike's Camp on an island off the Northern Coast of Kenya, 20 miles from Somalia. It was super cool and time to unplug, so I left the briefcase in Rwanda, but brought a leather backpack and my man bag Indiana Canvas Satchel.

On our last full day there, at 7 am in the morning, we met a couple from Scotland who had sailed to the camp on a dhow and their dreadlocked Kenyan captain was with them. I went over to introduce myself since he seemed like a nice enough fellow, but I knew there was probably something wrong since he already had a beer in his hand and his eyes were empty.

Just after noon, coming back from a seashell hunting trip gone bad, that the family wouldn't stop whining about because "the sand was too hot" and "we don't have enough water", we met the captain again at the dock. So I walked up to him and told him this, "I just feel like God wants me to tell you something". He drew close and replied, "Go ahead and tell me man". So I did. I told him, "Omar, I feel like God wants me to tell you that he's really in love with you and that he thinks about you all the time and that he really wants to have a personal relationship with you". He stared at me for a minute and then asked, "Can we talk about this later tonight after dinner? I am really interested in what you said". I agreed.

And then he said to me, "Hey, I'm going to sail the dhow over to a little village later today for something. Would you like to sail with your family there with me? There's a nice beach for the kids to play on". Suzette and I had heard of a little village not far away on the island that was supposed to be cool, so we accepted his kind offer to sail us there.

Without knowing, he took us to a little village on the mainland where the police the day before told us that the terrorist group al-Shabaab was alive and well. We knew that witchcraft was strong there and then he told me the recent history of foreign tourists being abducted, dragged to Somalia and murdered€¦ but not until we got on shore and started walking. He paraded our barefoot family through the village on the road that went directly to Somalia, 20 miles away. Read the rest of the story on the Indiana Canvas Satchel page.